In the run-up to next week's NATO Summit, Prime Minister De Croo will welcome US President Biden at Melsbroek Military Airport on Sunday evening. On Monday, the Prime Minister will open the NATO Summit together with the NATO Secretary-General. On Tuesday, he and Canadian Prime Minister Trudeau will pay a joint working visit to vaccine manufacturer Pfizer in Puurs.

On Sunday evening, 13 June, the Prime Minister will welcome US President Biden to Melsbroek Military Airport on his first arrival in Belgium and the European Union since taking office at the beginning of the year. The visit is an important moment for our country, the European Union and NATO to turn the difficult page of recent years and restore the unity of the transatlantic alliance and the Euro-American relationship.

On Monday 14 June at NATO Headquarters in Evere, Prime Minister De Croo will open the meeting of the North Atlantic Council, NATO's highest political consultative body, on behalf of the host country Belgium together with NATO Secretary-General Jens Stoltenberg. During the meeting, the heads of state and government of the 30 NATO countries will approve a series of proposals in the framework of 'NATO 2030' that should reinforce the alliance politically and militarily and adapt it to future security challenges.

This includes the increased challenges and threats to the international rule of law, including through assertive and aggressive behaviour by authoritarian regimes. Not only terrorism, but also climate and security and the resilience of countries to major shocks are addressed.

The summit will kick off the elaboration of the next NATO Strategic Concept, the highest public policy document that will determine the alliance's policy in the coming years.

On Tuesday, a bilateral meeting with US President Biden and US Secretary of State Anthony Blinken is scheduled at the Royal Palace. King Philippe, the Prime Minister and the Minister for Foreign Affairs will take part on the Belgian side. The relationship with the United States is not only important from a political point of view. Also the economic relationship between Belgium and the United States is also particularly strong.

In total, some 900 American companies are active in our country, often in strategic knowledge industries such as pharmaceuticals, chemicals and services. Together they represent 124,000 jobs, while the 500 Belgian companies active in the US accounting for some 60,000 jobs. During the bilateral meeting, Corona, the EU-US dialogue and climate will also be discussed.

Tuesday afternoon, the Prime Minister and Canadian Prime Minister Trudeau will pay a joint working visit to vaccine manufacturer Pfizer in Puurs. Just like in our country, the Pfizer vaccine forms the backbone of the ongoing vaccination campaign in Canada. The majority of Canadians have already received their first vaccination with the Pfizer-BioNTech vaccine. The majority of those vaccines were also produced in our country. The visit is another recognition of the important role that Belgium plays in international vaccine production and in defeating the coronavirus.

The working visit is followed by a bilateral meeting between the Belgian and Canadian Prime Ministers. Canada is an important partner for Belgium and both countries share many points of interest. 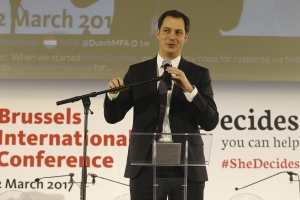 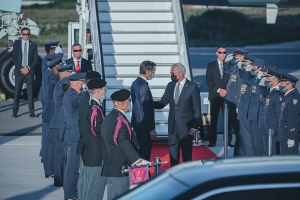