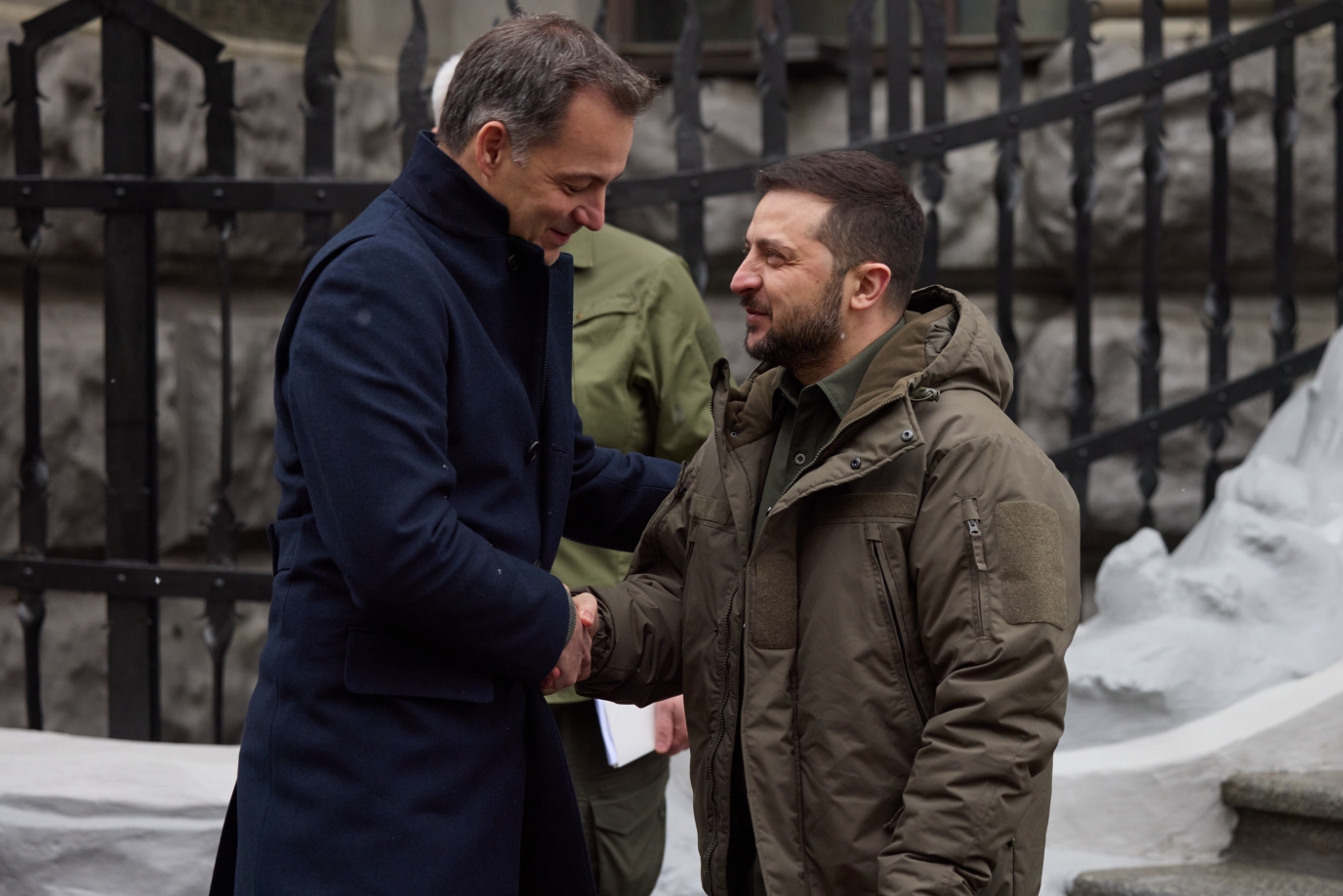 Prime Minister De Croo announced a new Belgian aid package during a visit to the Ukrainian capital of Kiev. The Prime Minister was accompanied by Foreign Minister Hadja Lahbib. 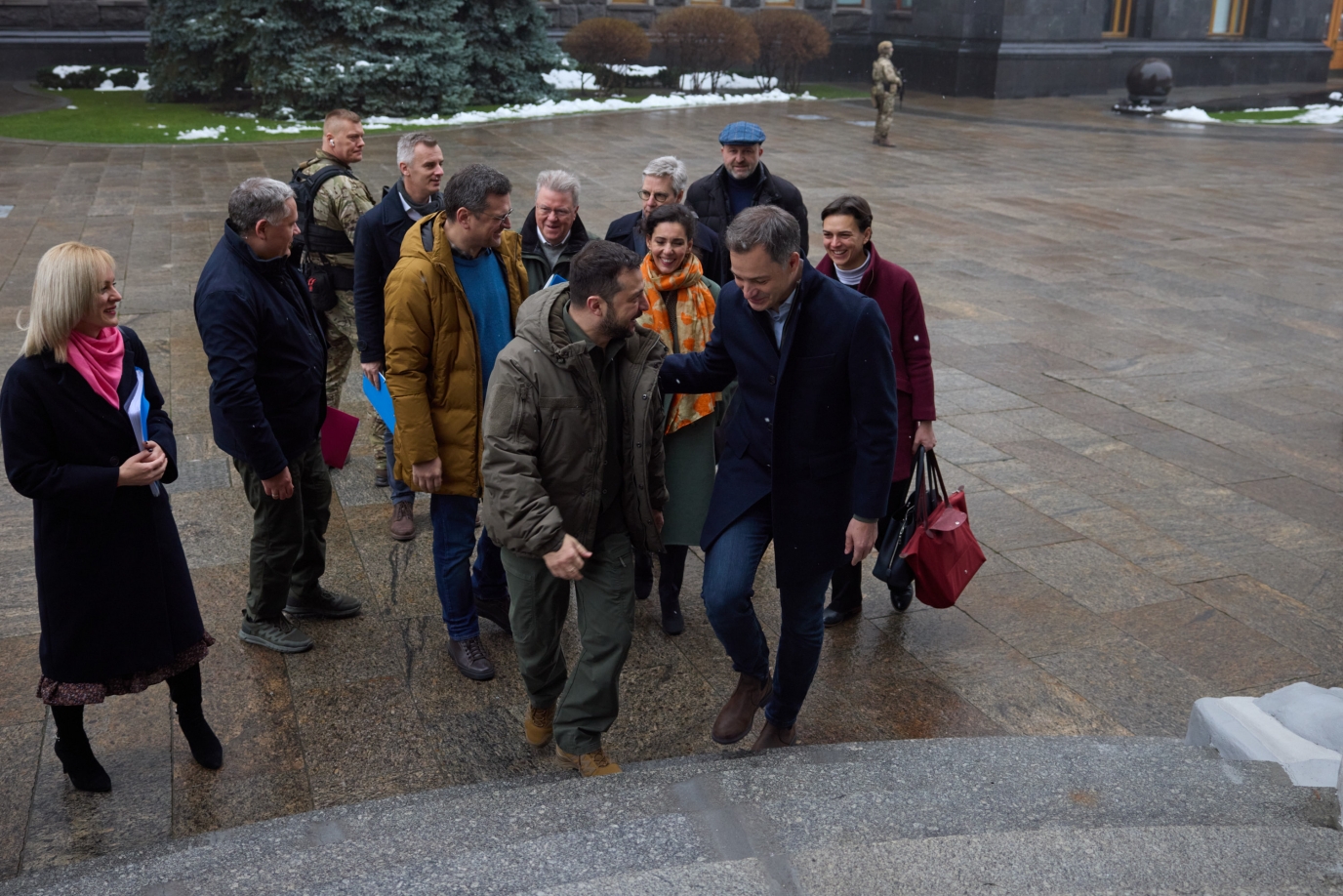 The Prime Minister and Foreign Minister were welcomed by Ukrainian President Volodomyr Zelenski upon their arrival in Kiev.

"Our main message is our full support for Ukraine", Alexander De Croo stated during his visit to Kiev. "Our visit comes at a crucial time: winter is approaching and after suffering setbacks on the battlefield, Russia is increasing its direct attacks on the civilian population. This is one of the most difficult times of the war.”

Belgium was one of the first countries to provide military support to Ukraine at the start of the war. Our country has already provided a total of 221.7 million EUR in support. Following the visit, Prime Minister De Croo announced a new aid package of 37.4 million EUR.

In addition to military support, Belgium will provide winter aid. Among other things, B-FAST will supply generators, first-aid kits and sleeping bags. Our country is also providing resources to repair and heat schools and hospitals.

During a bilateral meeting, the Prime Minister and the Ukrainian President discussed the recent Russian attacks on Ukraine's energy system.

"We see Russia targeting your population and energy infrastructure, to keep your people in the dark and cold. So today, at this difficult moment, it is important to be here," Prime Minister De Croo said.

President Zelenski thanked the Prime Minister and Belgium for our country's support to Ukraine.

"Our negotiations and cooperation are very fruitful and in each other's interest," the Ukrainian president said.

The president also noted that Prime Minister De Croo's visit comes on a very special day, namely the commemoration of the millions of victims of the great famine in Ukraine in 1932 and 1933, the 'Holodomor' in Ukrainian. Kiev considers this famine to be a genocide by Stalin's regime.

Prime Minister De Croo, together with President Zelenski, his wife, the Ukrainian prime minister and the prime minister of Lithuania, participated in the commemoration of 90 years of Holodomor at the Holodomor Memorial in Kiev.

Belgium is also joining the Grain from Ukraine initiative launched by President Zelenski to finance grain shipments, from Ukrainian ports to countries facing high food insecurity. Belgium is the first country to join the initiative, according to Zelenski.

"This is a win-win," Alexander De Croo concluded. "It not only allows us to help countries in famine, but also the Ukrainian economy. But above all, it shows that Ukraine and Belgium share the same values: respect, openness and solidarity." 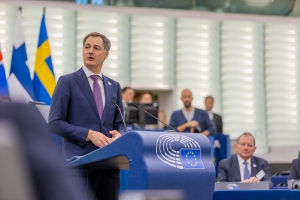 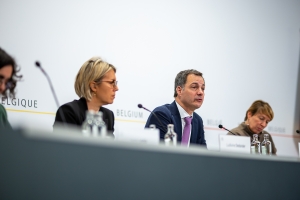