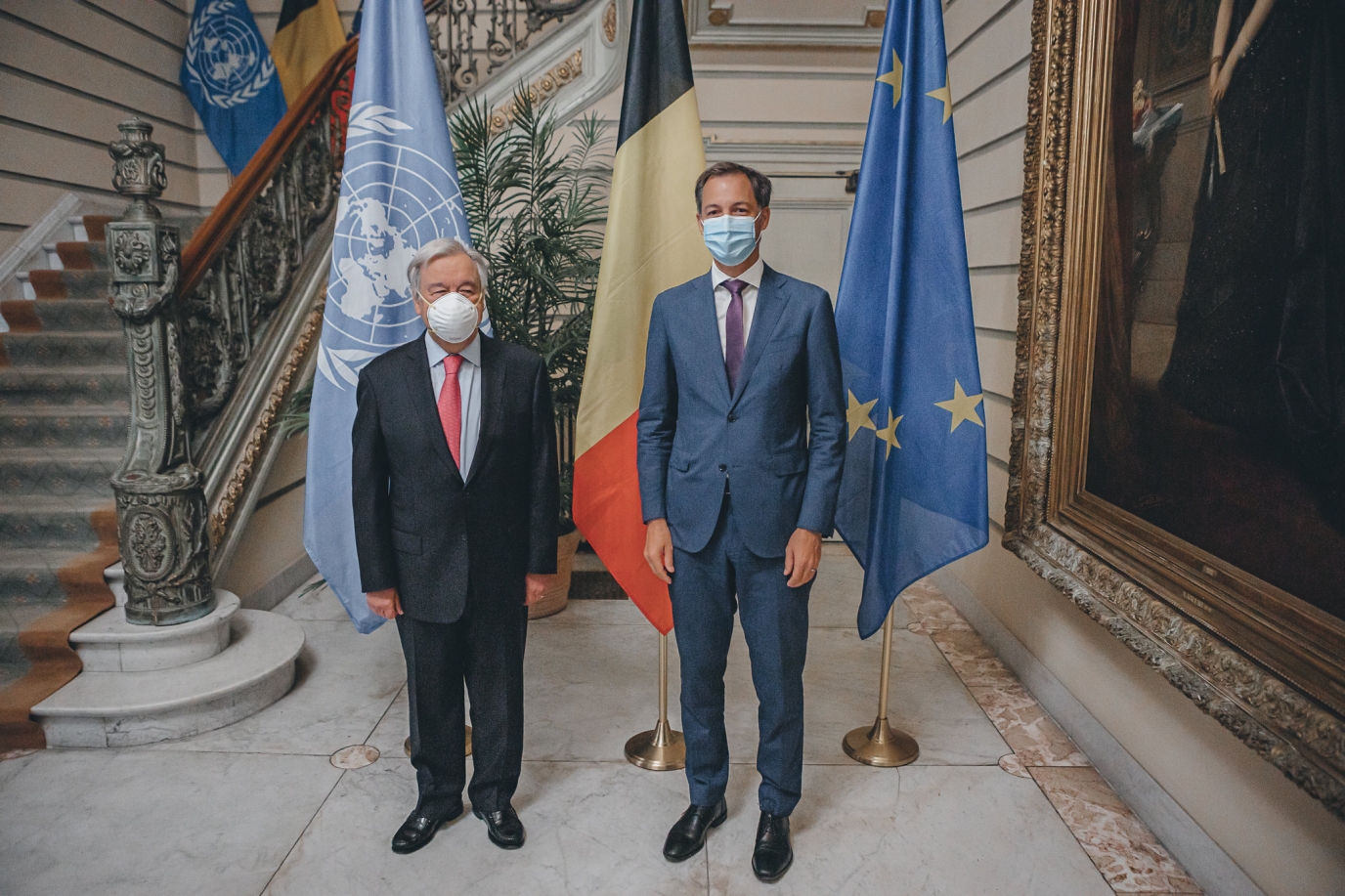 Belgium is pleased to host this first foreign visit of the Secretary General, following his re-election for a second term (2022 to 2026). We welcome his visit in parallel to the European institutions. Belgium attaches great importance to this relationship, which it has fostered during his tenure on the Security Council.
Belgium is one of the 51 founding members of the UN. Multilateralism, with the UN at its heart, is part of our country's diplomatic DNA. In 2019 and 2020, Belgium was a non-permanent member on the Security Council for the sixth time in its history. It was able to work on building consensus on a variety of issues, from the protection of children in armed conflict to humanitarian access in Syria, and the fight against impunity for the most serious crimes.
Belgium is convinced that international cooperation and a multilateral approach offer the best response to global challenges. The UN plays a crucial role in this respect, due to the diversity of the fields where the organization is active: peace and security, human rights, climate change, sustainable development, disarmament, terrorism, humanitarian aid, health, gender equality, food security, among others.
Belgium's commitment to the UN is reflected in the organization's various fields of action, including on the ground in Africa, particularly in the Sahel and Central Africa, as well as in the Middle East.
Conflict prevention, peacekeeping and peace consolidation are essential elements of Belgian peace and security policy. Belgium is the 22nd largest contributor (out of 193 states) to the UN regular budget and to the peacekeeping budget. Belgium deploys personnel to these missions, including to the United Nations Multidimensional Integrated Stabilization Mission in Mali (MINUSMA). Belgium supports the Peacebuilding Fund (EUR 10.5 million), which enables rapid intervention in states affected by conflict or in situations of fragility. Belgium has been supporting the work of the UN Secretariat in the field of mediation for several years. Belgium also supports demining activities in the field through the United Nations Mine Action Service (UNMAS), notably in Iraq and Syria, in order to stabilize areas taken over from the terrorist group Daesh.
The Sustainable Development Goals and the United Nations Agenda 2030 are at the heart of the Belgian government's action. Our country is particularly concerned about inequality and growing poverty in the least developed countries, the consequences of which have been further aggravated by the pandemic. Belgium will therefore continue to focus its efforts on social protection and access to quality services.
Our country works with some 20 multilateral partner organizations that have been selected because their main tasks are closely aligned with the priorities of the Belgian development policy: agriculture and food security (FAO, CGIAR), health (WHO, GFATM, UNAIDS), human rights (OHCHR), gender and women's rights (UN WOMEN), children's rights (UNICEF), education (GPE), good governance and capacity building (UNDP), demography and sexual and reproductive rights (UNFPA), decent work (ILO), migration (IOM), environment (UNEP), commodity industries (EITI/EGPS), and capacity building of partner countries in development financing (IMF).
In the fight against climate change, an additional budget of EUR 12 million has just been approved to help Belgian development cooperation partner countries meet their commitments under the Paris Agreement. This decision is part of a package of decisions aimed at significantly increasing international funding for the fight against climate change.
In the context of the COVID-19 pandemic, Belgium has pledged to donate 4 million doses to COVAX by the end of the year and has contributed EUR 4 million to the mechanism. COVAX, which is co-led by the WHO, aims to provide access to vaccines to all countries, including the poorest. In 2020, Belgium mobilized EUR 25 million to deal with the spread of the virus in humanitarian crises. This amount was added to the Belgian humanitarian budget of 170 million (2020).
As a founding member of the United Nations, Belgium works for human dignity, freedom, democracy, equality and respect for the rule of law and human rights. The priority human rights issues for our country are the fight against impunity, the abolition of the death penalty, women's rights, children's rights and freedom of expression. Our country has ratified the main human rights treaties and is once again a candidate to the United Nations Human Rights Council for the period 2023-2025.
Belgium supports the activities of the Office of the High Commissioner for Human Rights (OHCHR), whose independence and impartiality must be guaranteed in order to promote and protect human rights. In the fight against impunity, Belgium supports the work of international criminal tribunals and courts set up with the support of the UN, such as the Special Criminal Court in the Central African Republic, also by sending specialized personnel. Our country acted as a focal point for the ICC during its recent mandate in the Security Council. 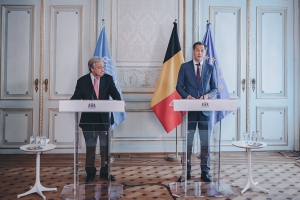 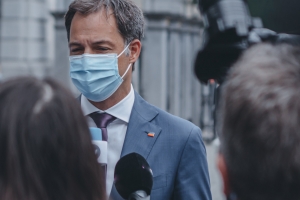