The federal government has decided to take the necessary steps to extend the lifetime of two nuclear power plants by ten years. This should strengthen our country’s independence from fossil fuels in these turbulent geopolitical times. The shift to renewable energy will also be accelerated, with additional investments in offshore wind, hydrogen, solar energy and sustainable mobility.

The federal government will take the necessary steps to extend the lifetime of the Doel 4 and Tihange 3 nuclear power plants by ten years. This involves an extension of 2GW of nuclear capacity.

The Minister of Energy and the Prime Minister are asked to continue discussions with the European Commission on the impact that this extension will have on the Capacity Reimbursement Mechanism (CRM). Discussions with operator Engie will also continue.

By the end of March, the draft law for the extension of the Doel 4 and Tihange 3 power plants must be submitted for approval to the Council of Ministers, as must the draft royal decree amending the royal decree of 30 November 2011 on safety requirements for nuclear plants.

The extension of the two nuclear power plants should not push the production of renewable electricity out of the market. That is why, among other things, it will be examined whether, in the event of overproduction, the nuclear power plants can also be used to kick-start the hydrogen market in Belgium.

The government also confirms that it will implement the CRM programme in full and takes note of the fact that the Vilvoorde gas plant has not received the necessary permits to participate in this scheme. However, Elia's report shows that there is sufficient liquidity in the market for a re-run. Re-running the T-1 auction should guarantee security of supply starting from the winter of 2025-26, while the extension of Doel 4 and Tihange 3 can be performed.

The transition to climate neutrality is also being accelerated with an investment package totalling EUR 1.1 billion to accelerate the reduction of dependence on fossil fuels.

In the field of wind energy, the federal government will, among other things, accelerate the construction of the offshore capacity in the Princess Elisabeth Zone, remove obstacles to new onshore and offshore capacity and increase current electricity production (Zone 1) through repowering. Co-operation with neighbouring countries is reinforced, to create a single integrated offshore network more quickly.

These measures reinforce the commitment (October 2021) to triple offshore wind capacity in the Belgian North Sea. With these efforts, every Belgian household will be supplied with electricity from the North Sea in the near future.

Hydrogen is one of the main clean energy sources of the future. That is why additional efforts are being made to accelerate the switch to hydrogen-based energy and to develop Belgium into a hub for the import and transit of green hydrogen.

Among other things, the development of a hydrogen backbone from the Belgian ports to the Belgian industrial areas and into Germany will be accelerated, and there will be close cooperation with the private sector to embed Belgian hydrogen expertise and encourage companies to make the switch to hydrogen.

The government will also accelerate the introduction of floating solar power.

Solar panels and smart charging stations will be built in NMBS/SNCB train stations. Where possible, solar panels will also be placed on the roofs of federal government buildings.

The federal government is also reaffirming its focus on Small Modular Reactors (SMR). Belgium has leading expertise in the field of new nuclear technologies and will make investments in this technology in the years to come, in cooperation with SCK-CEN and MYRRHA. An annual budget of EUR 25 million was made available for the next four years.

The Minister for Mobility is charged with finalising negotiations for a public service contract with NMBS/SNCB and a performance contract with Infrabel in order to double the modal share of trains in both passenger and freight transport.

With a view to doubling rail freight transport by 2030, the government will, in addition to the decided structural reduction of the track access charge, develop a support regime of approx. 15 million EUR in 2023 for dispersed and combined transport that complies with the current European regulations.

To accelerate the energy transition, the investment deduction will also be reformed to further emphasise the importance of sustainability in investments. The Minister of Finance is also asked to develop a series of proposals to tap into the savings of Belgians for use in sustainable projects.

On the social front, the social fund for gas and electricity are reinforced, as a one-off decision, for the purpose of taking preventive measures. 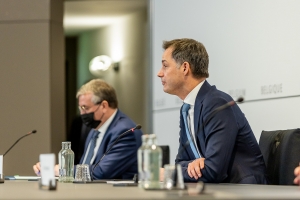 Code yellow as of Monday, 7 March
Next article 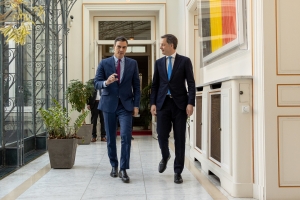