The federal government has decided to extend the support measures (VAT reduction and social rate for one million households) to cope with the explosive increase in energy prices. The banks are committed to protecting the most affected families. Measures will be taken to skim off the industry's excess profits to finance a solidarity fund. The government also calls on Belgians and companies to reduce their consumption and set a good example.

Although winter is still far away, the effects of the war in Ukraine are being felt across Europe with energy prices soaring. Thanks to its central location in Western Europe and the highly interconnected network infrastructure with our neighbouring countries, our country has a unique position in terms of energy supply. This central location helps to protect us.

As far as natural gas is concerned, the slots at the Zeebrugge terminal have been at almost full capacity for several months. The storage location in Loenhout is now more than 80% full, which puts us more than a month ahead of the European Commission's requirement.

Regarding electricity, producers have been asked to ensure maximum availability by postponing planned maintenance of installations this winter until spring. The operator has also been asked to consider the possibility of postponing the final shutdown of Tihange 2 until 31 March 2023 at the latest.

Thanks to the additional measures from the 2022 Winter Plan, which was proposed at the beginning of this summer, Belgium should be able to get through the winter without any major problems. If the winter is not more severe than usual, our country will have an energy surplus that it can then make available to help our neighbours.

The current wholesale prices for gas and electricity are so disproportionately high that market intervention is required. In Asia, the wholesale price of LNG is € 150/MWh and in America € 30/MWh. There is no reason why gas prices in Europe (€ 300/MWh) should disproportionally higher, when transport to Europe only costs a few euros per MWh.

Like the high gas price, the wholesale price of electricity no longer reflects the production cost of electricity. A great deal of energy is generated by (renewable and nuclear) plants that do not face rising fuel costs. In Europe, there is a wide chasm between the actual costs and current prices. This means the market is no longer functioning. We must intervene, therefore. That is why, since March, Belgium has been arguing for a price cap for gas prices and a review of electricity prices at European level. We are pleased to see that this is finally being addressed at European level.

Current price levels and price pressure on families and our businesses require a coordinated policy response. At the federal level, several decisions were taken to absorb the energy price shock in Belgium as much as possible. These are based on six pillars.

The cheapest energy is the energy we do not consume. By consuming less gas, electricity and fuel, we can reduce demand and thus reverse the balance of power between supply and demand in the markets. This requires collective efforts. It will affect citizens, businesses and public authorities alike. To start this process, the federal government has decided to lower the temperature in all its buildings to 19 degrees. The use of air conditioning is regulated (to a maximum of 27 degrees). Lighting in federal buildings and monuments will be switched off between 7pm and 6am.

The federal government has decided to extend all existing support measures until the end of the winter (until 31 March 2023).

Discussions are also ongoing with energy suppliers to ensure that consumers can get an instalment plan to pay off their bills.

The federal government is negotiating with the financial sector to give the hardest hit households a boost, including through deferring mortgage payments. The banks will develop means to increase access to energy saving measures.

The federal government, together with the regions, is examining the implementation of the temporary crisis framework proposed by the European Commission in Belgium to support our companies in the face of soaring prices. Consultations will be held with the sectors that are seeing the greatest impact, representatives of employers and employees.

The federal government has already reduced VAT for investments in solar panels, solar water heaters and heat pumps from 21% to 6% for homes that are less than 10 years old (measure valid until the end of 2023). The measure to reduce VAT for demolition and reconstruction to 6% has been extended under the same conditions until the end of 2023.

The government will take the necessary measures to skim off the excess profits that certain energy companies are currently generating. A working group of experts from the CREG, the FPS Economy and the FPS Finance must examine where these excess profits are being generated, whether they can be taxed in Belgium and which fiscal and legal instruments can be used for this purpose, without jeopardising the level playing field in the energy sector.

In the nuclear energy sector, we are already addressing this problem for the four most recent power plants, through the corporate tax scheme, but also through an additional levy as part of the distribution tax. This levy will be increased from 750 to 838 million this year, an amount that will be entirely redistributed to consumers. 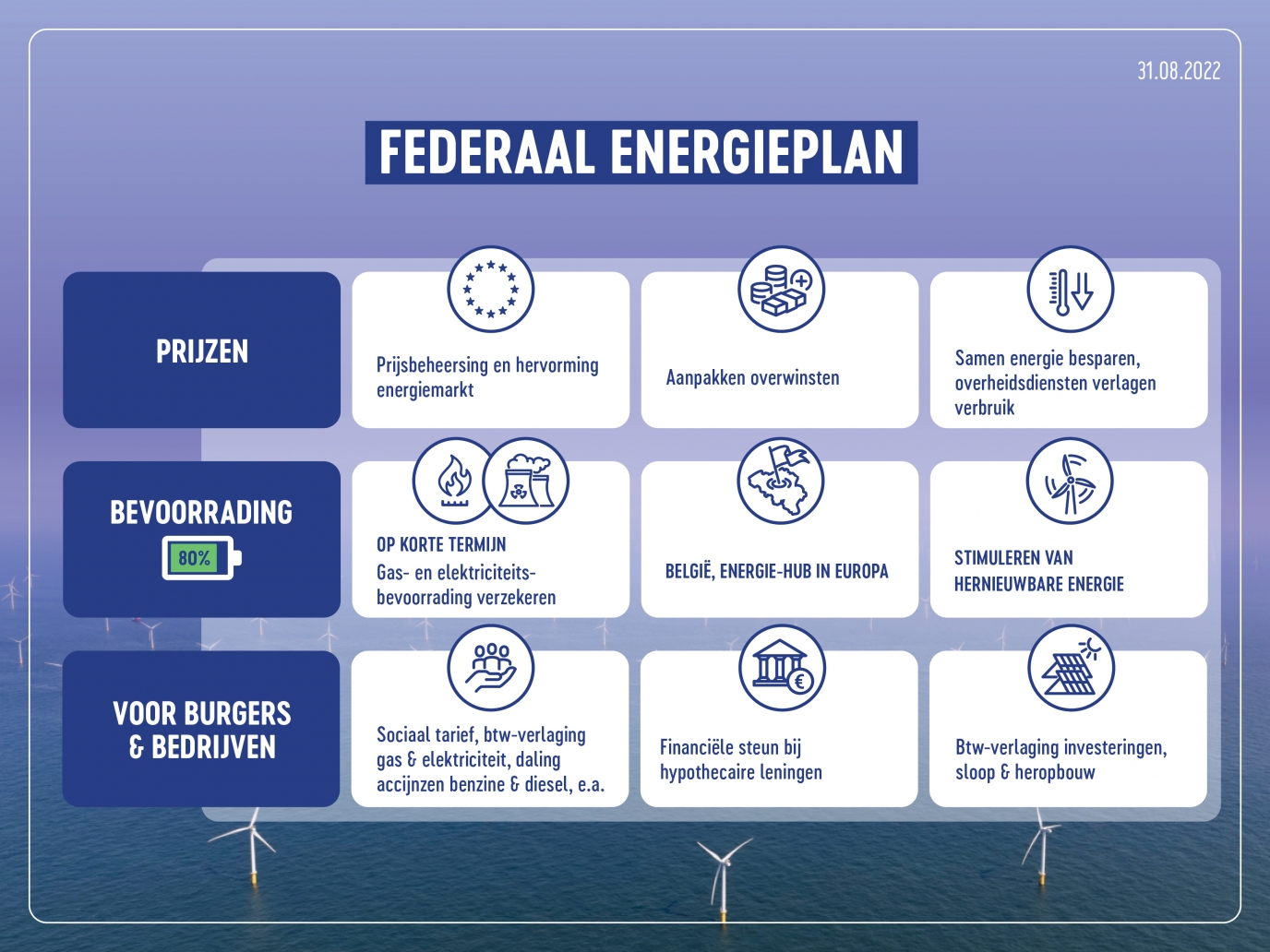 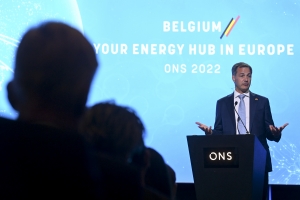 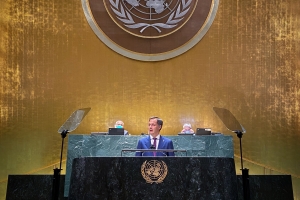