Declaration of Prime Minister Alexander De Croo on the election of Joseph R. Biden as 46th President of the United States

The people of the United States have spoken and have elected Joe Biden as their 46th President. As Prime Minister of Belgium I would like to congratulate Mr. Biden on his victory and I wish him success with his upcoming mandate as President of one of the world’s largest and oldest democracies.

A record number of people have cast their vote in this election. This illustrates the vibrancy of the American political life and its democracy. I would also like to congratulate Mrs. Kamala Harris for her historic election as the first female Vice President of the United States. She will be an incredible example and an important role model for young girls throughout the world, showing them that girls and boys enjoy the same rights and opportunities.

Belgium is ready to further strengthen the trans-Atlantic alliance in defense of our common values and to deepen the bond of friendship that unites our people. As the home of NATO and the EU, we express the hope that under its new leadership, the United States will continue its crucial support for European integration, which has brought peace and prosperity to our continent. Together, the United States and a united Europe can be a formidable force to strengthen multilateralism for the benefit of all. Climate change, COVID-19 and the fight against terrorism top the long list of global challenges that can only be tackled successfully if we do so in a spirit of international cooperation and solidarity.

The United States can count Belgium as a constructive player and long-standing ally, fostering consensus and acting for peace. I hope we will be able to meet soon to strengthen the bonds between our two countries and to propel our common agenda. 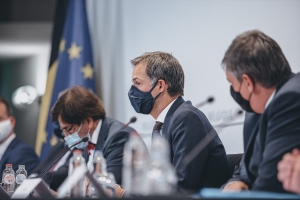 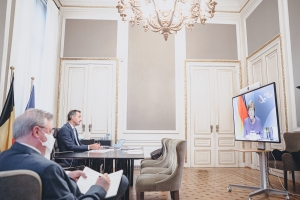