2nd Summit of the Crimea Platform: Belgium reconfirms its support for Ukraine 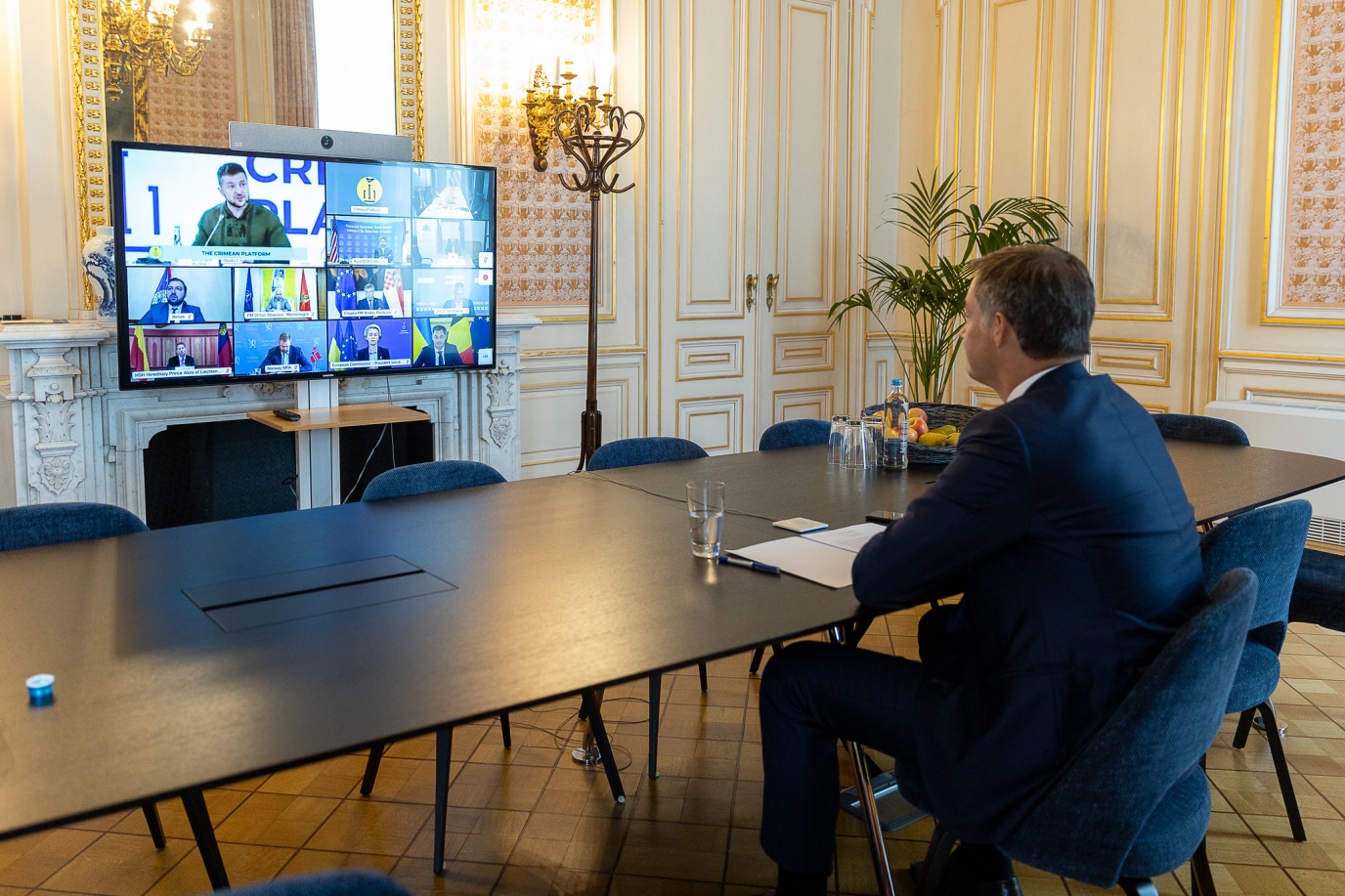 Prime Minister Alexander De Croo participated by video call in the Second Summit of the Crimea Platform, an initiative of President Volodymyr Zelensky. Objective: to co-ordinate the international diplomatic response to the illegal annexation of Crimea by Russia.

In his intervention, Prime Minister Alexander De Croo stated clearly that Crimea is an inalienable part of Ukraine: "the annexation of Crimea by Russia was illegal in 2014 and still is illegal 8 years later."

Every day, dissident voices in Crimea that are critical of the Kremlin are persecuted, and the fundamental human rights of the Tartar community that live there are violated.

"This is inacceptable and goes against all international law," emphasised Alexander De Croo, adding in relation to Russians that: "everyone who violates international and human rights will be held accountable for the consequences of their actions."

On the eve of Ukraine's Independence Day, the Prime Minister took the opportunity to solemnly reaffirm Belgium's support for Ukraine, its people and its government.

"All of us around the table have unequivocally and forcefully condemned the unprovoked, unjustified and illegal Russian invasion of Ukraine. The EU has never been more united, and solidarity within the EU has rarely been as strong as it is today. We stand by your side. And we will continue to do so. Even though we unfortunately have to prepare for a protracted conflict. Even though the aggression is turning into a war of attrition," asserted Alexander De Croo.

It is the second time that the Crimea Platform has brought together heads of states and governments with the Ukrainian authorities. However, this Tuesday's summit took place in a completely different context than the first summit a year ago.

In total, 55 countries participated in today's Summit of the Crimea Platform, at the invitation of President Volodymyr Zelensky and Ukraine.

Crimea was invaded by Russia in 2014 and has been once of the main stakes in the war that Russia launched on Ukraine when its troops invaded the country on 24 February 2022.

Read the entire declaration of the Prime Minister (PDF) 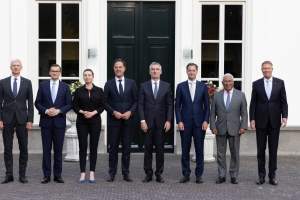 Joint statement ahead of Madrid NATO Summit
Next article 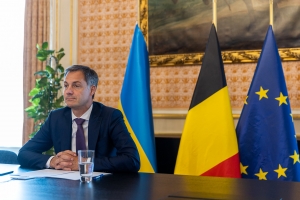